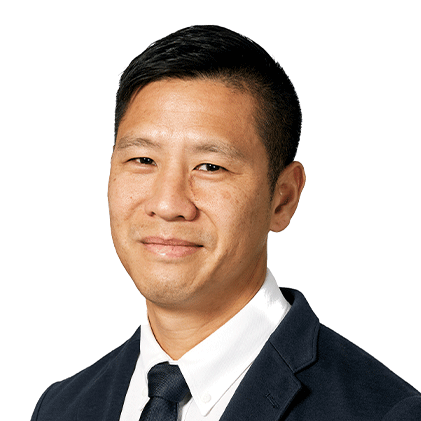 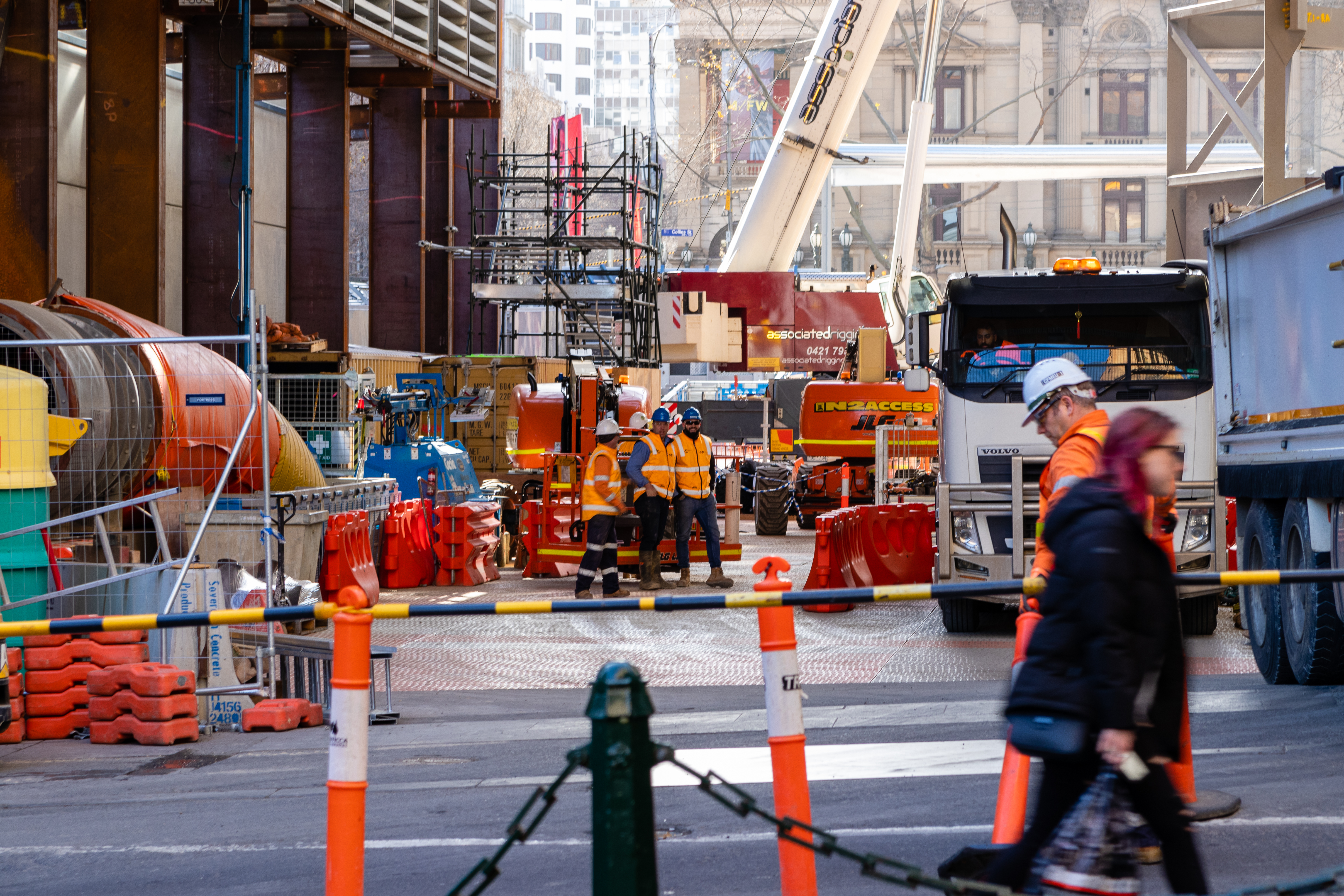 Australia is currently in the midst of an infrastructure boom. The key catalyst of this is the Australian Government’s pledge to spend $110 billion on transport infrastructure projects across the nation over the next decade.

Infrastructure projects by nature are high risk, have large project values, and long construction times. Public Private Partnerships (PPP) have emerged as the preferred procurement method for such projects.

In a PPP type arrangement, the State (public sector) is legally bound to a private consortium and the partners agree to share some portion of the associated risks and rewards inherent in these
infrastructure projects.

Under the PPP model, the infrastructure project will form part of a partnership between the State and the Private Sector via a long-term agreement, normally through the implementation of a Design, Build, Operate and Transfer’ (DBOT) system.

Currently, there are a few large scale PPP infrastructure projects in Victoria, which have encountered cost blowouts, delays &/or legal disputes.

The West Gate Tunnel PPP project is one such case, which is presently facing substantial delays and cost overruns due to disputes over the disposal of contaminated spoil.

These issues have arisen potentially due to a lack of collaboration between the public and private sector and both parties maintaining their legal positions.

Public Private Partnerships are nothing new, yet there is an increasing need for partnerships that offer an increased opportunity to deliver better infrastructure needs with a comparable
exchange of profits, risks, and resources. 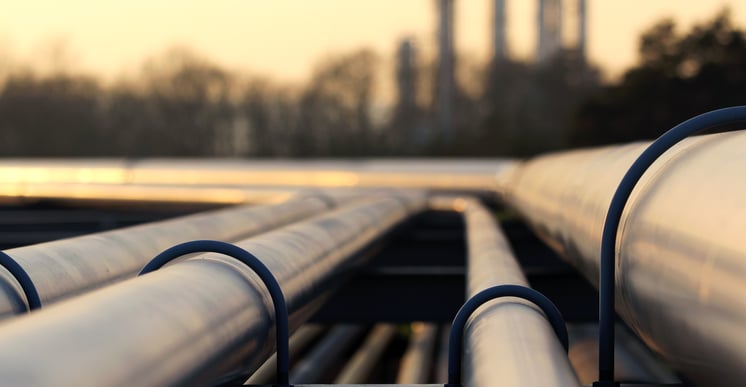 Even as a preferred method for procurement, PPP projects can still fall victim to cost blowouts, delays &/or legal disputes.

In most PPP Projects a large portion of the project risks are usually transferred to the private sector as they are theoretically best positioned to manage the project.

However, this may not always be the case as some specific project risks, such as legislation and approvals required, are better controlled by the State (public sector). As a result, when project risks are actually encountered during construction, for example, unknown contamination and/ or utilities, parties to a PPP usually stick to their respective legal positions on whose responsibility it is to bear the costs of these risks.

This is not ideal as it will only foster adversarial attitudes within the PPP when it should be based on collaboration.

Market conditions affect the success of any PPP project. When the market is overheated, the construction sector is probably overcapacity (in relation to ongoing or planned construction works) and there is usually a shortage of skilled labour.

3. Lack of experience in terms of the use of the PPP method

The principle of any PPP is for the Public and Private sector to work collaboratively and share project risks in order to achieve the best project outcomes.

This is usually not the case when there is a presence of hard contractual and adversarial attitudes. Examples of these potential behaviours are:

This type of behaviour and attitude presents a lack of collaboration and experience in using the PPP method.

This PPP project currently faces major cost blowouts of $2.74B, while setbacks in the project’s tunnelling schedule contributed to the projected time overruns.

This Metro Tunnel project has been featured in the media time and time again with delays, cost overruns, and partnership disputes.

The project, which will provide an alternative to the City Loop by connecting South Yarra to Kensington via five underground stations, was initially priced at $11 billion. Following a taxpayer-funded bailout for cost overruns, the project received an additional $2.74 billion.

Errors in the construction program have fluctuated the project schedule from being three months ahead to being several months behind and back again.

Design changes, unforeseen challenges due to existing ground conditions, and rising costs of labour and materials have also contributed to cost blowouts. In addition, the coronavirus pandemic has further contributed to time and cost delays for this project. 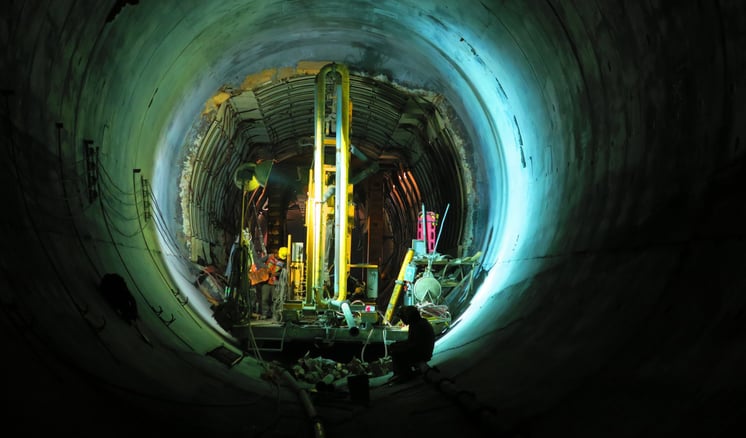 The $6.7 billion West Gate Tunnel project is facing a $3 billion cost blowout, with a third of the cost overruns linked to problems moving underground pipes and the remainder to contaminated spoil disposal.

This PPP project faces a speculated $3 Billion cost overrun, more than $2 billion caused by an impasse over contaminated spoil disposal, and about $1 billion linked to the challenges of relocating pipes for major utilities.

The unforeseen existing (contaminated) ground conditions and disputes over the disposal of contaminated spoil have created a delay of at least ten months.

The Contractors on this project sought to terminate the contract based on the discovery of the dangerous chemical PFAS and deemed it to be a ‘Force Majeure Termination Event’, which the Project Owner rejected (contract still valid).

The dispute meant tunnelling on the project was inactive for over a year. The project, which was initially to be completed in 2022, has recently been pushed back to 2024.

Boring for the tunnels began in 2019, and following the recent approval of a confirmed disposal site, tunnelling works will resume.

State Government warned that contractors that seek additional funds and cause delays after agreeing on a fixed price contract could be putting themselves out of future work.

This project is an unfortunate example of when parties within the PPP stand firm on their legal positions instead of working collaboratively to resolve an issue. It is to neither parties' benefit (public or private) when an infrastructure project of this scale goes into legal dispute.

It is imperative to develop and maintain a robust risk management process for any infrastructure project due to its high risk/high value nature.

In most PPP projects, a large portion of the project risks is usually transferred to the private sector as they are theoretically best placed to manage the proposed project.

However, this may not always be the case as some specific project risks, such as legislation and approvals required, are better controlled by the State (public sector).

Having processes in place where individual risk items are identified and allocated to the party best positioned to manage each risk, will ensure fair risk allocation between the public and private sector.

The incorporation of collaborative contracting principles (pain/gain share mechanisms) within the PPP framework is an innovative way to better mitigate risks such as unknown utilities, contamination &/or cultural / heritage finds.

Adequate risk management processes, augmented by the incorporation of the above mechanisms, increases the likelihood for a ‘win-win’ scenario – successful project completion for the State whilst maintaining profitability for the private sector.

The presence of favourable economic conditions is a key ingredient for successful PPP infrastructure projects. Such conditions entice funding from local and international investors as they increase the likelihood of healthy returns.

It is imperative that the State (public sector) carry out a market-sounding exercise during the early stages of any major infrastructure project. This is to determine if there is sufficient market interest and/or market capacity to ensure project success.

Key questions that the State should ask are:

1. Is there enough coverage and interest from the best suited private sector partners?

2. Does the proposed project have adequate scale/magnitude to attract the right private sector partners?

3. Are we capable of running a PPP project which is similar to running a major business corporation (PPP projects cannot be managed in the same way as a traditional D&C type contract procured project)?

The politics of infrastructure is all about opinion and attitude. Yet Australia’s growing infrastructure sector is too valuable to be left to uncoordinated processes or whim.

A prime example of how Political Support can make or break an infrastructure project is the East West Link Project (backed by the Liberal Government) vs. the West Gate Tunnel Project (backed by the Labour Government). After winning the State elections in 2014, the Labour Government proceeded to cancel the East West Link Project and implemented the West Gate Tunnel Project instead.

Both were arguably equally important projects required for Melbourne, where the rapid rate of population growth has rendered existing transport infrastructure obsolete/inadequate. These two infrastructure projects were designed to complement each other, and neither held more benefits than the other, as the ruling Government at the time would have liked the public to believe.

However, the penalty of cancelling such a project is high with compensation figures rumoured at over $1 billion. Moreover, this does not take into account the impact of such a cancellation on the State’s economy.

A consortium shares experience and expertise that would complement the function of the PPP project. It makes no sense to place under experienced representatives in a consortium when the bottom line affects the group.

Having experienced and capable Bidding Consortiums (Private Sector) is another key factor for successful PPP projects.

Any Bidding Consortium should be staffed and led by personnel with extensive experience in PPP infrastructure projects within the region.

This is crucial as it will enable a transfer of knowledge and experience within the respective consortiums (implement lessons learnt from past projects successes & shortfalls).

Within Bidding Consortiums, strong working relationships should be fostered in order to facilitate an honest assessment of each parties’ strengths and weaknesses.

This increases the level of synergistic collaboration for the consortium.

A clear process that is followed to communicate decisions and discussions will keep a transparent forward moving dialogue that aligns the team and stakeholders.

A clearly documented and transparent decision-making process, agreed by both the public and private sector, is critical as it ensures that effective policies are implemented and decisions made without delay.

This is particularly important for PPP infrastructure projects, given the numerous negotiations and agreements that are made.

Flexibility should be incorporated in these decision-making processes to allow for some leeway, allowing both parties (public & private)to adapt to unforeseen circumstances.

Another key success factor is the involvement of stakeholders, including the public, as well as a continual assessment and review process. Early-stage involvement of the public reduces the risks of opposition/public outcry at a later stage.

The introduction of incentivised target cost (ITC) mechanisms into the D&C JV component can add benefits of:

By creating a competitive and transparent system that amplifies opportunities through the development of ideas drawn from experience and expertise, the community’s needs can be met with innovative solutions.

The Public Sector (State) recognises the importance of investing in infrastructure to enable its economy to grow. PPPs provide an alternative additional funding source to the public sector.

Moreover, the early implementation (preferably at the bid phase) of some of the previously mentioned factors, such as the fair allocation of risks and a clear decision-making process, will increase the likelihood of the following benefits being realised:

The integrated delivery of services under the PPP model motivates public and private sectors to deliver on-time and oncost infrastructure projects.

At the end of the day, there is no “one size fits all” approach that leads to a successful PPP. This is why the implementation method to any PPP should have a unique strategy that will provide the best assurance for an advantageous partnership.

The successful implementation of the PPP model is crucial for any major infrastructure development.

It is now commonplace for State Governments to turn to the private sector to develop sustainable infrastructure, enabling the public and private sectors to collaboratively work together for the benefit of the larger community.

In summary, there is no standardised solution that guarantees the success of a PPP. However, having these five factors in place can form the basis of a mutually successful partnership and provide benefits to both sectors (public and private), which outweigh any that could have been achieved individually. 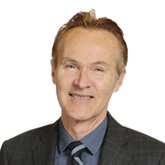 Ready to discuss your project?